Hey there you guys

Anyway. We are here to talk about Xbox live. It's more of an opinion piece than it being an actual tutorial or a tip to anything. So here goes: 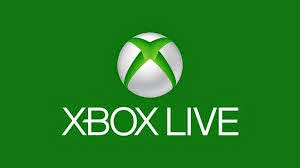 After a while of playing the offline mode. I decided to try the Xbox live gaming network. I had everything I needed. Or thought so. The gold card. A game I want to download (They give a free game or two every month for gold subscribers).

Redeeming the card took four tries?! And every time I get a different result! In the end the card was redeemed! But for what use?

I couldn't choose a payment method. (Libya has no credit card system. No paypal. no debut card, yeah. Read above, 12 hour blackouts!).

So the card was useless. And to make things worse. The game I wanted to download, Child of Light. Was for the Xbox one. And what I have in hand now, is an Xbox 360. And to make things worse. The console was bought from Germany, meaning the Xbox live was German, with no way to change it. I can't read German! So ..

Till here the experience ends. And the rant begins!


How much does a game really cost?

I miss the simpler days of gaming. 16 bit cartridges were an addiction to me. Pop in and play. Blow it if it didn't work. Works every single time *sigh <3

This goes out to all the people who criticize great titles like Tuxcart or Mario Forever 2012 . Both games featured in the blog as games of the week. Free. Simple and amazing. No drama!!
I'm not saying modern gaming is bad. I'm saying it's not for me. At least now!!
I hope you liked this post. If anyone who has an Xbox 360 and likes to chime in some help. I'm more than happy to receive!!