Time for a change of interface on on Xubuntu 14.04

I have a need for change lately, I have been shaking things up and reordering things here and there . I believe its healthy. Amongst the changes decided to do some remodeling on my computer. 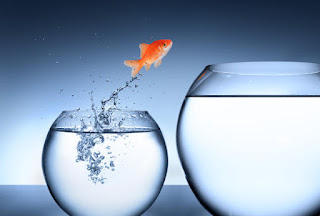 As you may know I use Xubuntu Linux and Windows 8.1 side by side as a dual boot. And since I just reverted back to Windows 8.1 (coming back from Windows 10) there is no need to mess around that. So it was time to take a look at my Linux distribution.


I have been using the same interface for quite some time now (since April 2014 to be specific) and that seems like a very long time to spend around one interface.


XFCE works well and I configured it to work like I want. Using Docky and Kupfer to do my daily tasks. And it works too well I'm afraid!


XFCE is a minimalistic interface who focus on performance rather than visual appeal, that's a polite way of saying it looks awful but works well.


The blue scheme is depressing! I felt a sudden urge to change the scenery ( not just editing the theme, NOPE!).


I took a look at the interface options available for my Ubuntu LTS 14.04 Trusty Taher:

Back when I installed Xubuntu I made the system partition small, so this is going to be an issue. Added to the horrible Internet that Libya wears so proudly, I needed to make a sensible decision to accommodate all of these conditions.


Before going any further, I need to mention that a Linux interface isn't a theme (there are themes available for every interface), its the upper layer of the system that has the visual elements, login controls, handler apps. While it sounds like a difficult thing to do, its actually very easy to install an interface. You can have multiple interfaces at the same time (if you have enough free space on your system partition.) and alternating between them is as easy as choosing the user on login!


It's an easy change that feels like installing a whole new system without the hassle of starting over and installing everything like it was before, your apps will be safe but the apps that come with the interface will change from one to the other.

I divided this into parts, I'll post the next part soon enough, let me know what you think in the comments section belows :)