It's no secret that the electricity in Libya is terrible, the company who is supposed to provide electricity to Libyans failed doing the one job it was supposed to do, the only thing they could do is make up excuses for failure..

In the last couple of years all they do is posting on Facebook saying how many hours of outage to expect, calculating Libya's electric production and deficiency. These programmed power outages are meant to stabilize the power grid and to prevent blackouts. Many cities refuse programmed power cuts to stabilize the grid, so Tripoli takes most of the power cuts in the summer and in the winter, as if that wasn't enough, some protesters closed a main gas line that fuels a major power station, threatening a blackout on most of Libya.

We could tell this was different, usually the electricity goes off instantly, after 5 years of misery you start to get used to the outages, this outage on the other hand faded slowly, like a circle of darkness closing down on the center. As soon as the power went out communications said farewell, the dwindling Wimax service went down immediately and Libyana struggled to get a signal. Since it was night time, I decided to go up stairs and see the range of the outage, since controlled outages usually leave some places with power while turning off others, and there were some places that were "untouchable", unaffected by the outages, so I looked for these first, but what I saw was completely different!!


I could see the stars!

Stars usually disappear because of the city lights, but they were visible clearly that night (I haven't seen stars this clear since the 2011 uprising when the power went off for 11 straight days). Darkness was all over the city, with some scattered spots of light here and there, I could tell right away that they were generators. 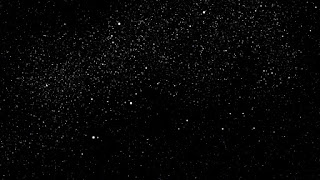 Why did it happen?

We learned that while trying to operate one of the power stations that was off, a huge power surge caused a blackout on most of Libya, even cities unaffected with the programmed power cuts, and while the power returned since dawn to most cities, Tripoli doesn't have power,I'm using what's left of the battery power to write these lines before the laptop goes into slumber.

The winter is still pretty cold, people are dying each day of cold and sickness in this cruel winter, when will this misery end?

On a brighter note, my blog reached 200,000 view, what a way to celebrate it, let's put off a candle, or the whole country to celebrate! 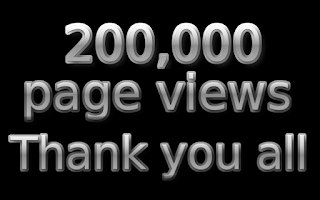